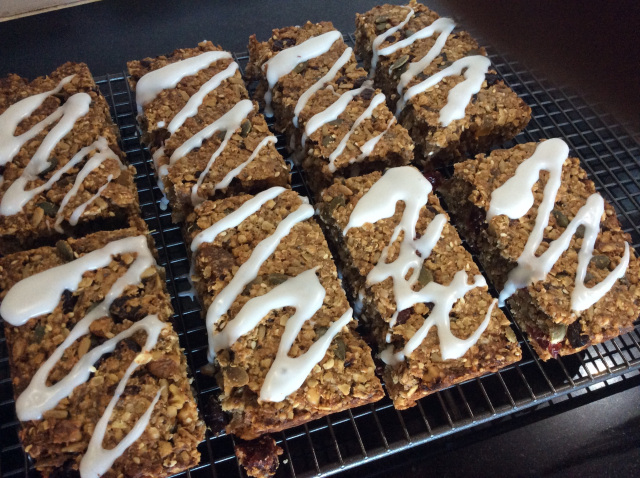 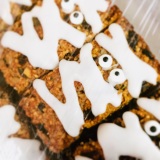 Have you ever bought something made of cornflakes stuck together with sugar, weighing in at the mass of the average butterfly, and inhaled it less than a second only to find that you’re rungry again about 5 seconds later? This isn’t that thing. This is something else.

We have officially raised the bar on breakfast* with a delicious, nutritious heavyweight of a ‘snack’ that’s still light on its feet but packs more of a punch than Rocky Balboa….on a clean-eating retreat.

It’s easier to list the ingredients that aren’t in this leviathan than the ones that are, but as a starter for 10: Gluten-free oats, quinoa, bananas, almonds, pumpkin, sunflower, hemp and chia seeds, white mulberries, cranberries and goji-berries, sweetened with maple syrup and spiced up with cinnamon and nutmeg.

* Other mealtimes are available. And believe us. It is a meal!

Please note that all our products are manufactured in a kitchen that handles cereals containing gluten, eggs, milk, nuts, peanuts, soya beans and sesame seeds. Although every effort is made to avoid cross contamination, we cannot guarantee that our products will be free from traces of these allergens.

May contain the odd shell or pit piece. Mother Nature sends her apologies in advance (as do we).

Store in the fridge and eat within 4 days of purchase OR freeze us on arrival and consume within 6 months.

£25 for a tray containing 8 XL bars (or you can cut them in half and still feel full!)